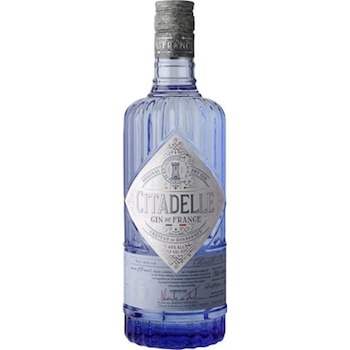 Citadelle Gin is a beautiful and unique French gin made by a team of Cognac distillers. Released back in 1995, Citadelle was definitely amongst the world’s first artisan gins, but age hasn’t faded its glory! In fact, we’d place it amongst the best… With prominent juniper and a sweet orange kick-off, Citadelle feels nice and light, building into a steady, dry spice, which gives it the complexity to work in most cocktails.

Citadelle Gin is cooked by open flame in a requisitioned Charentais pot still. The balance of juniper and 18 other botanicals is carefully steeped in a triple-distilled wheat base alcohol, then distilled very slowly.

Citadelle Gin is the brainchild of Alexandre Gabriel at the Pierre Ferrand distillery in Cognac, France, who created and released his gin out of passion in the 1990s, well ahead of its renaissance, so he really had to hunt for an audience. The French brand’s history reaches even farther back than that, though, with the recipe developed by a distillery in Dunkirk in 1771.

“I love Gin, and this is the best I’ve ever tasted. If you are looking for a crisp, smooth, complex Gin, look no further.”

Hey there, it looks like you are in United States.

Please confirm or select your region to get tailored content.